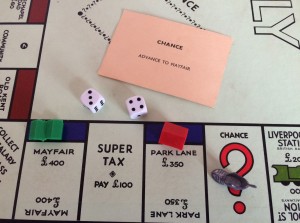 My wife told me I needed to listen to woman’s hour radio 4. (@BBCWomansHour) I am a big radio 4 fan ( @on_radio4) only top and tailed in the weekdays but in those holiday moments I do admit to catching more. However this was a command “you need to listen to” . So I did. The story was about Leeds University alumni annual lecture to be given by V. Craig Jordan  You might not have heard of him, he discovered tamoxifen the drug used to help in treatment of breast cancer, now nicknamed the Father of Tamoxifen. According to wikipedia in 2004 it was the world’s largest selling hormonal treatment for Breast cancer and in 2001 prior to  coming out of patent it made $1024m profit. there must be literally millions of people alive today thanks to Tamoxifen.

He is a chemist so I was naturally hooked but moreso he is a truly great chemist, and it all started back at home when his Mum allowed him to have a chemi lab in his bedroom in Cheshire. Wow. He admitted to setting fire to curtains and throwing the odd reaction out the window, but he had a kindly curiosity and steely determination to find a cure for cancer. Back in the late 60’s when cancer wasn’t so well understood this was a great mission and huge credit to him for the discovery. A drug which is on the WHO list of essential medicines. I hoped to find the lecture and kindly @DrNMistry kindly tweeted me the link to a truly great lecture from a wonderful man telling an inspiring story.

So what interested this Chemistry teacher beyond the chemistry was that he didn’t do so well at school. Despite his obvious talent and ability, back at school he only passed 3 O Levels not enough to get into the sixth form. After a visit to ICI with the possibility of becoming a lab tech, a clearly determined Mother and a sensible Head seemed to agree to give Craig a second chance -the rest as they say is history, and not lost on me is the fact his discovery has given many a person a second chance. 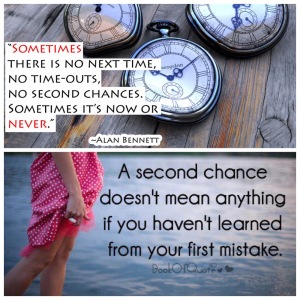 So there is the challenge for schools, when do we give a second chance, or a third? Here the end of the story so so justifies the decision to give a second opportunity and I can think of students I have given a second chance to who got through – though I must quickly add that they haven’t yet discovered a new drug treatment to my knowledge, though at least one I recall became a medic. There are other students who my colleagues could quote back to you (and they do regularly to me) who we gave a second chance but sadly there was no change of attitude. I am sure there are also those we denied a second chance and that some way or other they made it. There was a moment in the Jordan interview when he said ” There isn’t anything wrong with a setback early on” I think most teachers are optimistic, give a child a second chance esp before the end of compulsory school. Second chances when…homework not done, work not up to scratch, an out of characteristic reaction but there must be a change of attitude, forgiveness yes but change please. Then comes that rather horrible moment equalling “Sorry no more chances”. For most of us that comes when other students are still being disrupted from their learning by the second chancer or when teachers spend a disproportionate time trying to get someone to conform. A challenge though is to look at our systems, to intervene, support, help bring change and make ethos and expectation clear. As I have said elsewhere this isn’t simple but it is desirable and I think it’s what a good school should be able to do. Pupils and students do sometimes need a second chance, they are growing up and learning, they need to learn to give second chances and well to forgive too.

Post 16 may be a different matter, not on the No No but on the second chances as students find AS Level a different situ to what they anticipated or a subject is not how they imagined or maybe they hit a difficult time in their own developments. Recent funding changes might make second chances very difficult. Recent examination changes also make second chances difficult – the summer of 2014 also saw a greater media highlight of those who did badly and them being told they could not continue. In future the potential loss of AS and the use of internal data might make these decisions more difficult so where do we draw a line? I don’t want to be responsible for wasting teacher time with students destined never to make it, neither with the students time nor with taxpayer money BUT I wouldn’t like to say ‘No’ to a future star, or even a future plodder. At heart it’s about knowing your pupils well, and trusting teachers. I daresay some decisions on giving a second chance will reflect a teachers own story or a school history …I was given a second chance so….

We could rehearse the arguments over league tables, pressure on schools to do well ( and with PRP for teachers too, second chancers might become rarer). Perhaps we can have a performance table for those we gave a second chance too? 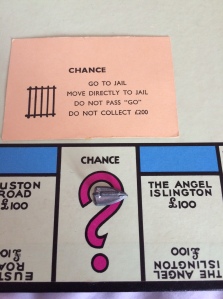 Perhaps the radio4 story needs to be heard by our students not by our teachers. A message so often given out to pupils: take opportunities; work hard; need to be genuinely heard not just listened to. On the other hand perhaps we get too neurotic about it all, pupils will rise up to the surface, maybe leave a school and get a great deal at a College, or bounce back when they mature or face their destiny. I am sure some would argue the second chance prevents facing up to errors, though personally I doubt that. So for those who do turn over the proverbial new leaf, their story ends well BUT for some the pressure of being a failure and “not allowed’ might just send them in a different direction, not just in studying but maybe in wasting a talent that schools just couldn’t quite untap if second chances get rarer. In some ways te matter is about forgiveness and a second chance, but can we go on forgiving blindly, and seeing other lives affected? Can we make restorative justice work in schools? I think we can, and much of our nature wants to give a second chance but just sometimes we have all had enough!

I have one sticky questions I feel my post should face

What about permanent exclusion? We might all allow a second a third chance etc but there are some incidents a school community probably cannot forgive, possibly cannot allow to blight the rest of their work. They cannot be seen to tolerate or to condone certain extreme behaviour or persistent bad behaviour. We need perm ex, we need to use it rarely, we probably need an appeal system, but we also need a system that can pick up and offer a second chance, but it can’t be back in the home camp where such an offence takes the student beyond restoration with their present community.

Some Questions to think about?

Q1 Do we give pupils too many chances?

Q2 Is there ever a limit to how often we should help young people start again?

Q3 Can the proverbial “Leopard” ever  change its spots?

Q4 Are some more deserving than others?

Q5 Is permanent exclusion ever justifiable?

Some references to contemplate for those of you in church schools or interested.

Matthew 18: 22,23   Then Peter came to Jesus and asked, “Lord, how many times shall I forgive my brother or sister who sins against me? Up to seven times?” Jesus answered, “I tell you, not seven times, but seventy-seven times

John 8:11   Jesus straightened up and asked her, “Woman, where are they? Has no one condemned you?” “No one, sir,” she said. “Then neither do I condemn you,” Jesus declared. “Go now and leave your life of sin.”

Leviticus 26:18    If after all this you will not listen to me, I will punish you for your sins seven times over.

You might like to read other posts from my timetable of teaching – each is set out from lesson in the school week, before or after school or at the weekends, appropriate to the time of day. I have also started a  class lists or “set lists” which was to answer the questions: “why be a teacher?”or “why have other responsibilities in a school?” Shortly I am starting a new area about progress from one role or experience in teaching to another with hints and tips about successfully moving on in the job and your teaching career.