“Without music, life would be a blank to me.” – Jane Austen

There has been and I suspect always will be much discussion about music in school,  from Ed Sheeran wondering why government does not want it on the curriculum when ‘musicians are “wealthy and pay their tax” ‘ to others like Mylene Klass and Julian Lloyd Webber, famous musicians saddened to see music slipping away from schools. 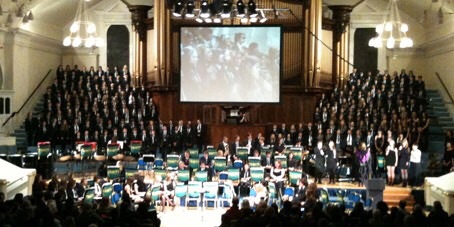 Choir and Orchestra at Trinity Prizegiving

So here is the reflections of a science teacher and school leader in a comprehensive in Nottingham who for a while as headteacher did a bit of a Newton and stood on the shoulder’s of previous headteacher giants but appreciated the view, the mission, the importance and the priority beyond “a subject”.

I am a science teacher, 36 years in classrooms doing my bit to inspire my subject: chemistry, science to my pupils and students BUT recognising the bigger picture of what schools do. Contributing to the proper education of children and young people. Sure there is also maths and English and humanities, languages art, design and performance and there is extra curricular in sport and performance. There are the social and character skills of growing up leading to autonomy, independence and ‘mattering’ but leaders, heads CEOs and teaching staff should think big, be ambitious in the curriculum and with the opportunities provided in their school.

BUT 1. We are limited by accountability – progress 8 and attainment 8 and a desire for an EBacc with subjects almost chosen at random it would appear ( why no RE?). Music could wither because it just can.

AND 2. We are limited by resource – notably availability of teachers or costs such as peripatetic staff and frankly music is quite expensive but……read on

in my classroom my pupils did science, usually chemistry  some continued to A level and into HE

That’s what I faced in my classroom and taught them to my best ability, trying to get them from group4 to group 1; a challenge I loved.

But aren’t the same arguments true for any subject including music.

will become professional musicians, some need the music for their profession but almost all pupils love music, spend ages listening to music and being moved by music, or composing or going to concerts……

So beyond the value of studying music beyond that, there are amazing benefits: teamwork, aspiration, hard work, good mental health, peace, joy, comfort…where to start, if music be the food of love play on….. 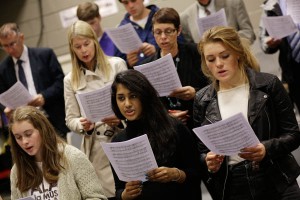 At Trinity the curriculum promoted music. Orchestra, singing and instrumental work. Every year 7 learnt a musical instrument, we had music lessons lessons and orchestra on the curriculum. then of course GCSE and Level music, music tech, performance…. we had concerts, lunchtime recitals, liturgies and celebrations with music often at the heart and soul. we brought in our primaries, we visited our primaries, we showcased the school to pupils, to parents and to the community.

In Y9 the whole year gave a concert, yes everyone in  year 9 to all of year 7 and 8. 175 pupils, the biggest mix of ability you could imagine from some above and beyond grade 8 on an instrument to those still wondering exactly what those black dots meant. It was a highlight of the school year. It showed everyone, pupils and staff just what aspiration could mean, it showed when you do your bit, you contribute to an amazing event. Your little part alongside everyone else little part adds up to something bigger than the sum, massively so. It gave a message  “Do that in music and you can do so in sport (they did) in charity giving (they did) and in lessons.” Yes, in lessons if you contribute, join in, you too can increase the learning of the group which includes you, and includes the teacher. Be confident, be civil, find inspiration, become curious, realise reward and success. Did this contribute to an outstanding judgement? Probably. 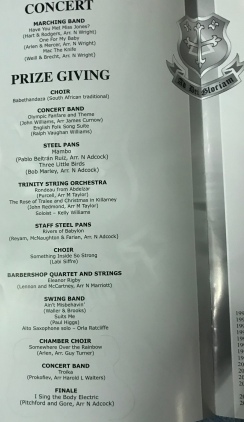 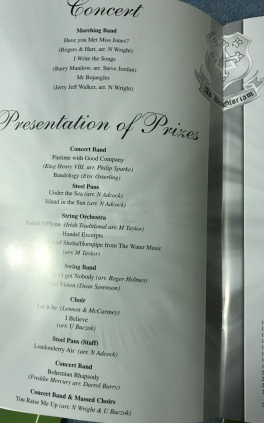 As the Daily Telegraph asked and answered: “Can embracing the Arts help teachers broaden their students’ horizons?” A quick google search shows very many schools that can prove the benefits.

But you don’t build this and our amazing concerts and shows and prize givings overnight. A generation ago (1980s) Trinity school was heading for closure when the head Mr Bonner was appointed. He had a vision, amongst which every pupil would learn music, every pupil play or sing in a concert. One day every pupil in a concert and every every family, friend and relative present to watch. We just about managed it as he retired in 2005. So many pupils over that time headed to conservatoires, or to the royal academy, others became professional musicians others got involved in amateur music or church music or jazz music or music teaching……I can go on. 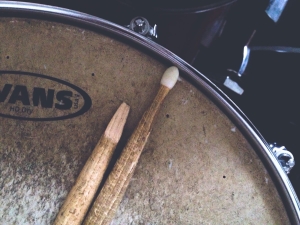 Over that period even I got cross at times, I recall helping him unload some kettle drums, I think they cost a bit less than my entire budget “but john wait until you see the effect on the orchestra” – he was right. It became almost a standing joke that staff were not appointed unless they could teach a bit of music, e.g. an instrument or play in the orchestras. I wondered how I got a job! He appointed genuinely outstanding music staff, hugely dedicated and an incredible music lead. Such incredible talent, creativity and industry alongside the amazing ability to find music to allow a beginner to contribute but a star to shine. Peripatetic staff who could bring young children on, who could encourage them in their instrumental but also to take part in a brass band or a jazz group or a strings group, the chamber orchestra etc. Not only that but singing echoed that – proper choir singing, high standards but also music for the ‘ boys vocal group’. 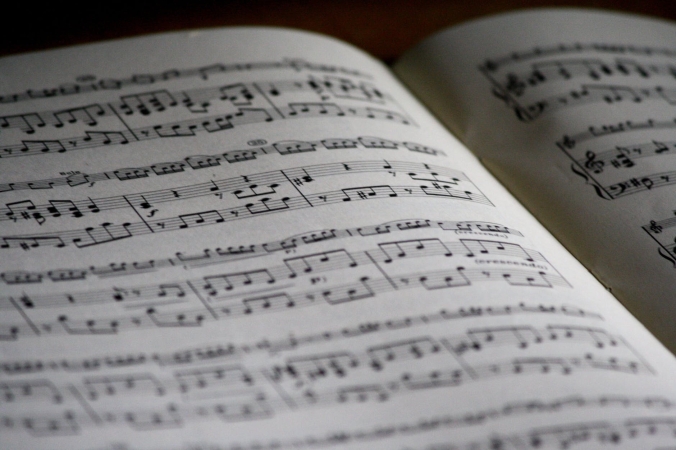 There is no simple magic this is a long term project and the lessons were incredible but results proved so much QED was never so true. Music needs dedication and hard work (great our pupils learnt about dedication and hard work). The rewards are somewhat unmeasurable, but not unforgettable, pupils part of and integral to, the events many pupils remember – concerts, shows, special prize evening (dominated by musicians). Admiration of friends and family, yes the school s a community and as a Church community fulfilling its ethos, mission and and ambition. I believe music wiped away much bullying (yes we did still have some). After Sheku Kanneh Mason won the BBC young musician of the year in 2016 he returned to school on the Wednesday and as he walked through the gate almost the whole of lower school ran to the fence to cheer and applaud him. One night on bus duty I asked a sixth former how her day had been, incredible sir I’ve been getting into Shostakovich thanks to Sheku. 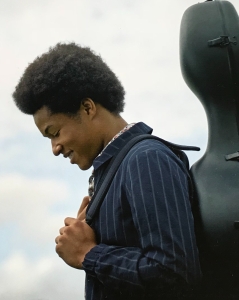 We need music in schools, the decisions are for school leaders and governors but also for government to ensure adequate funding and a sense of value and worth, music can’t be ‘the extra’ but it is expensive – staffing costs, peripatetic costs, instrumental costs.

Otherwise our secondaries will drop down to having a few part timers and a small music GCSE, group as few chose it in Y8 ( as more and more schools push options into year 8).

Did my subject benefit from music and performance? It’s a resounding YES from me.

….and here is another school in Bradford which has put music centre stage with amazing results, highlighted in the educational press recently (2018).

“It shames us in the UK as a nation. Music education isn’t a frill to be left to the private sector and open only to those who can pay, it’s at the heart of what makes us human and civilised. Any politicians reading this?

Some of our ex students – from groups 1 to 4, professional ones to those who just appreciated the opportunities have commented below. You may not see them without scrolling down especially on a mobile phone. They are well worth a read.

32 thoughts on “If music be the food of love – it should be at the heart and soul of a school.”